His paintings and sculptures achieved international recognition from the early 1960's to the present.

Adel Saghir was an artist, painter, sculptor, and tapestry designer. He achieved international recognition from the early 1960's to the present. He participated in a number of international exhibitions including Paris and Sao Paolo Biennales (1961), Museum of Modern Art in Rome (1962), as well as winning the Alexandria Biennale Prize for Mediterranean Countries (1963).

Adel Saghir passed away in 2020 leaving behind a legacy of abstract expressionistic artworks fusing Western Modernism and Middle Eastern Patternism and aesthetics. 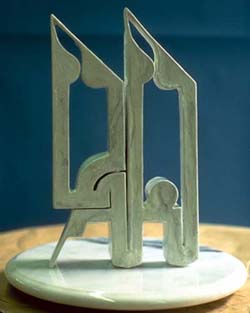